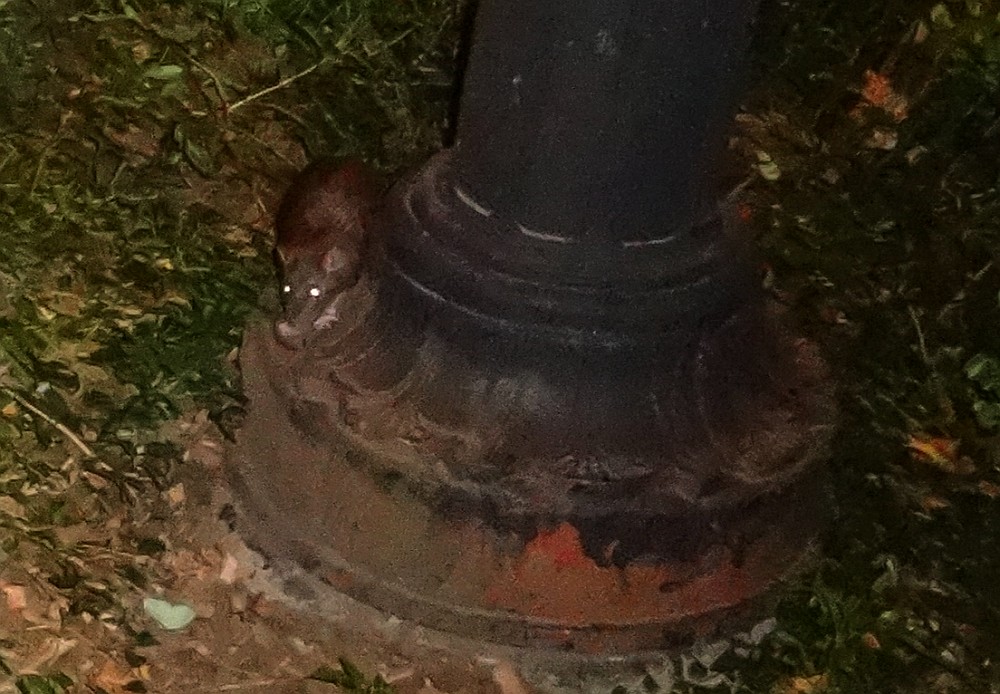 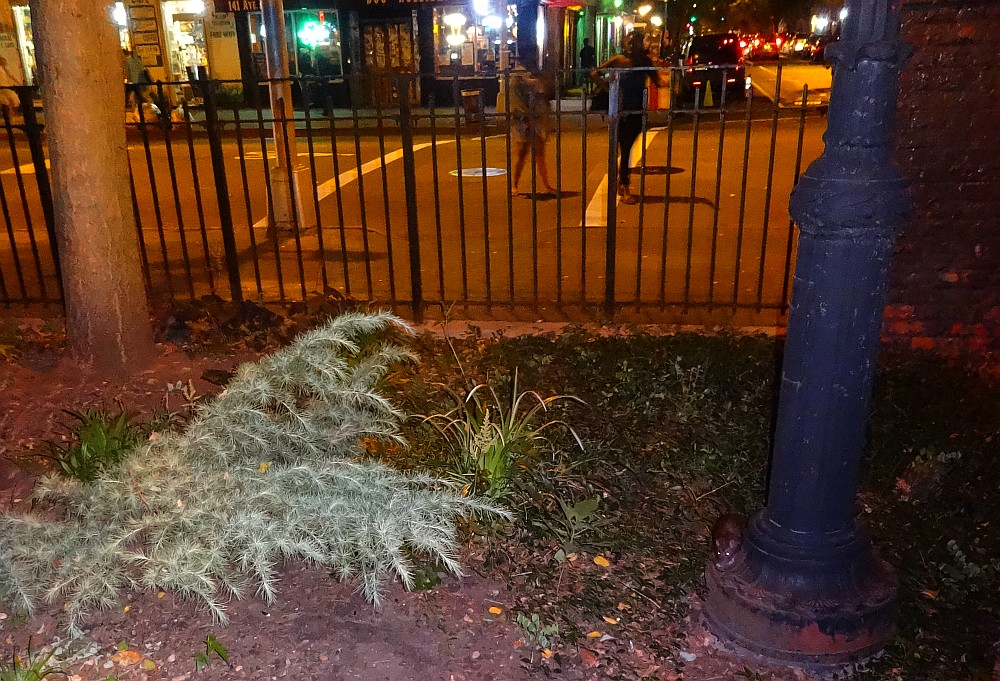 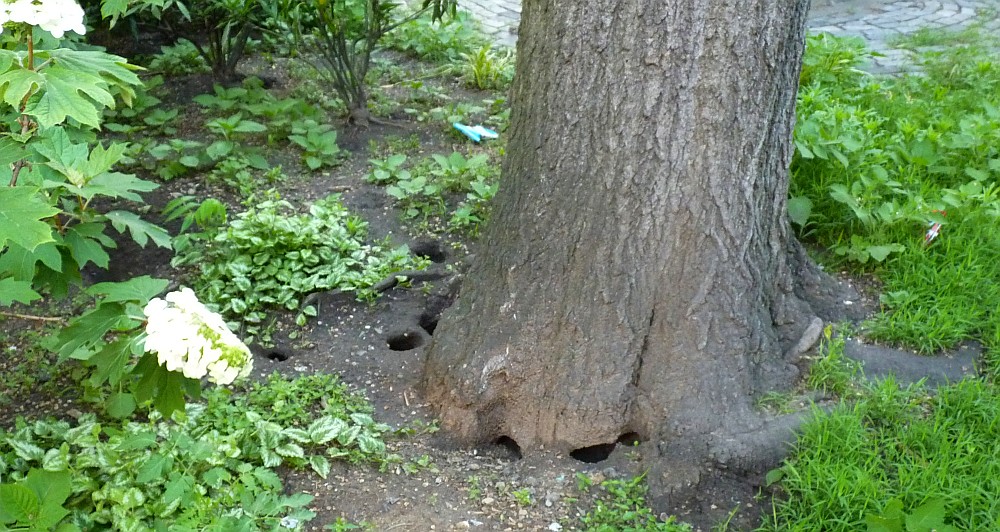 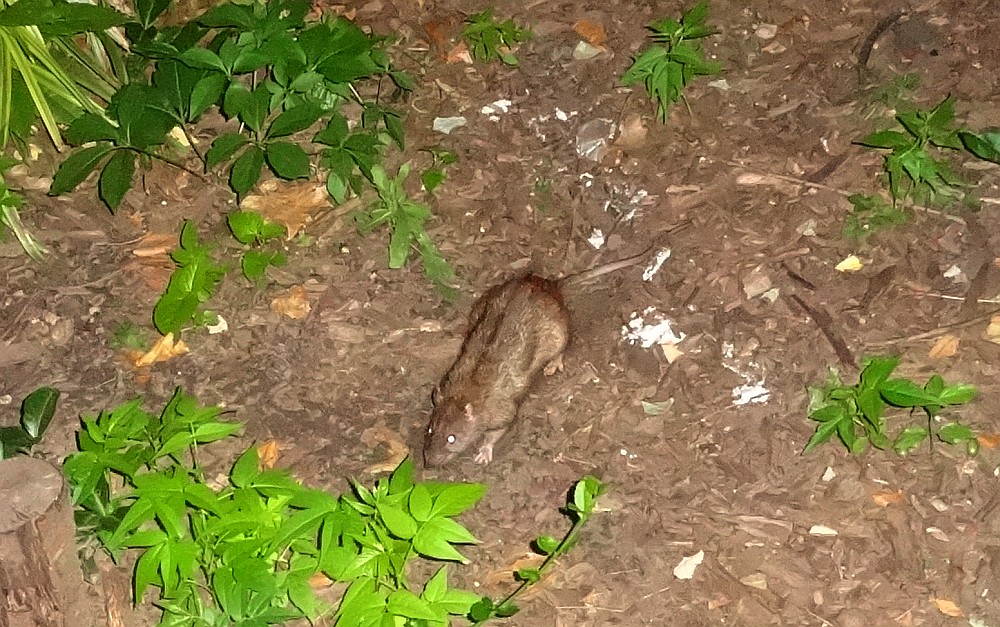 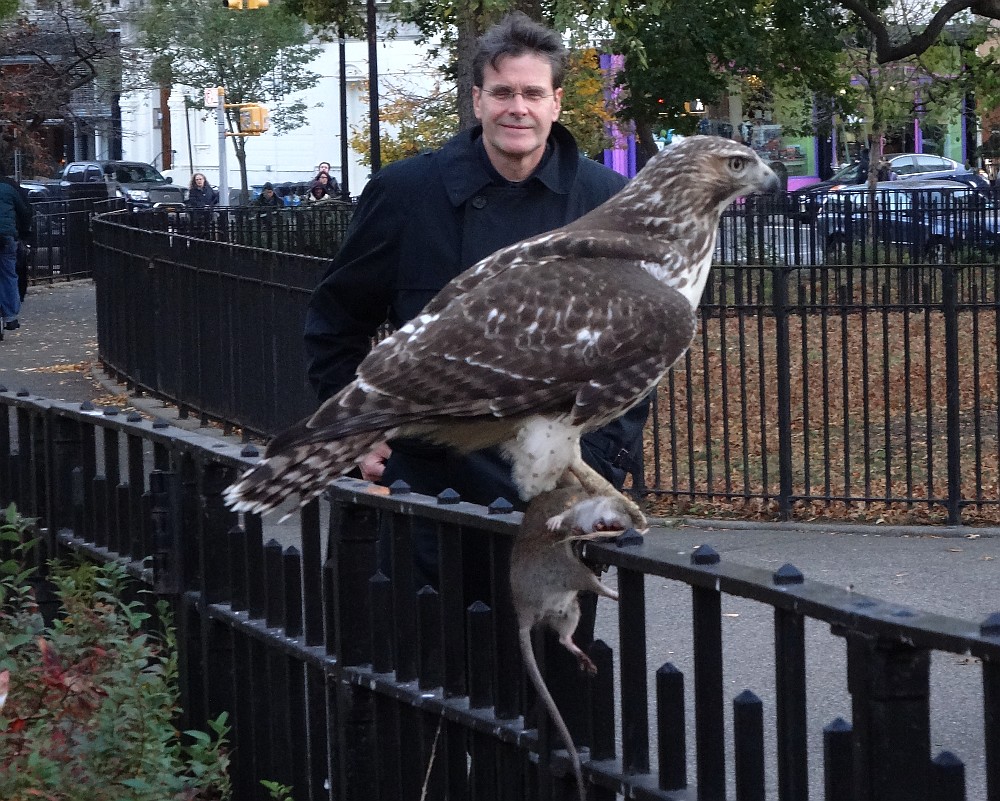 The youngest hawk is still in the nest, about a week past when it was expected to fledge. Dad and one of the fledglings pays a visit. We hope it is OK in the summer heat. 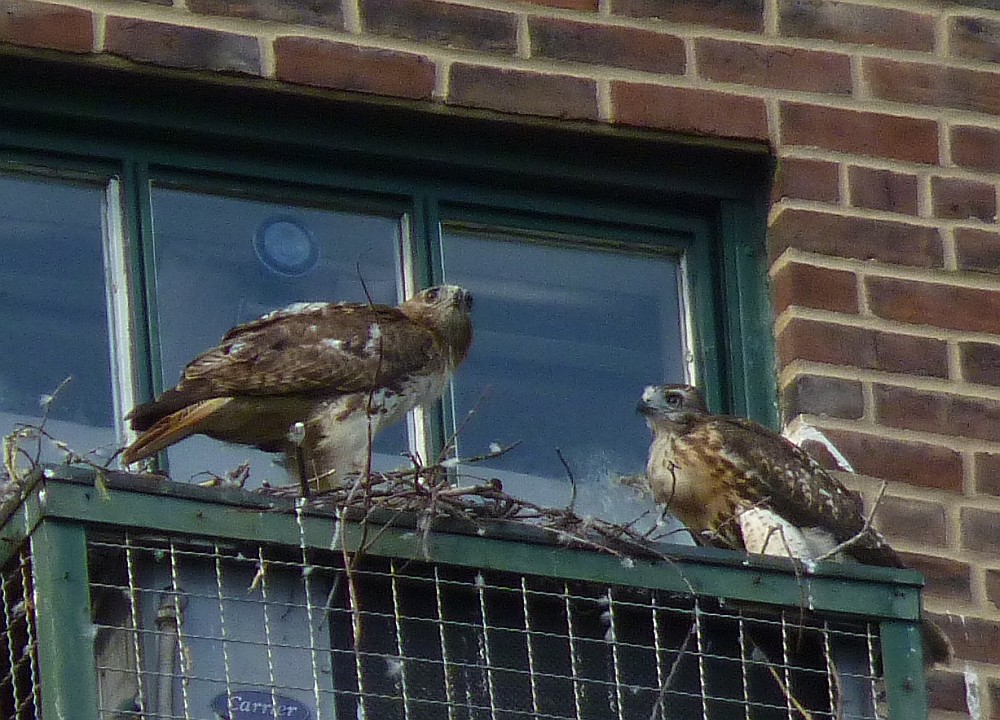 Christo visits the nest to eat dinner with the unfledged young hawk. 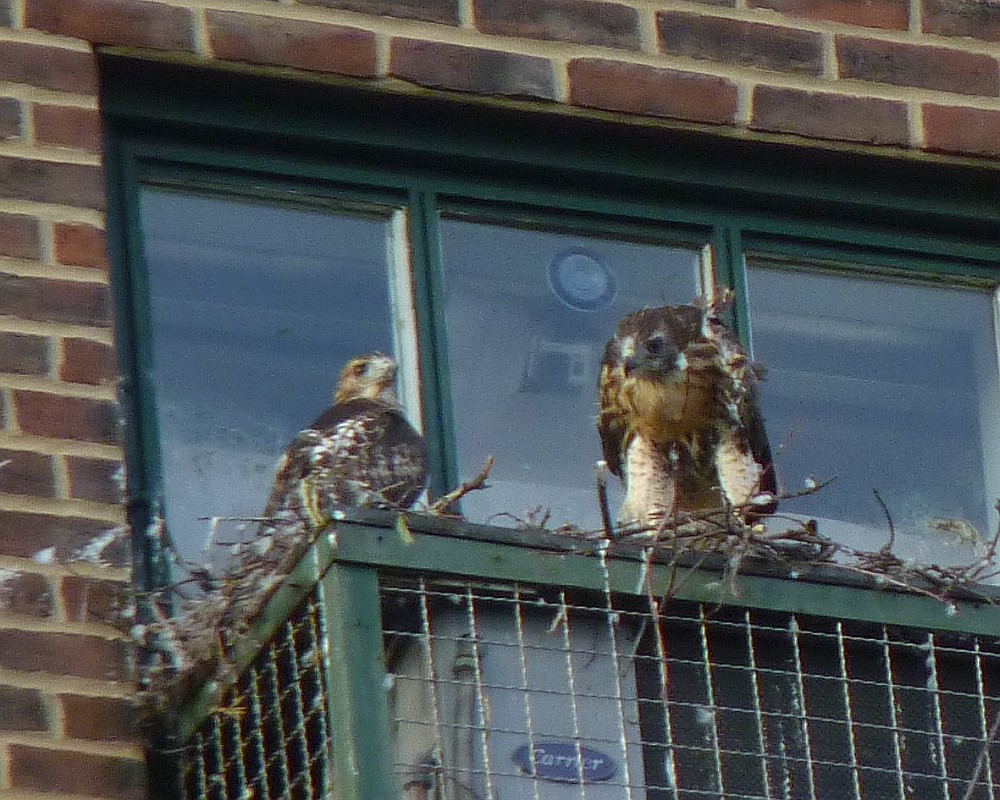 One of the fledglings visits the unfledged sibling in the nest. This is supposedly rare, though these East Village hawks don’t seem willing to follow any of the rules. 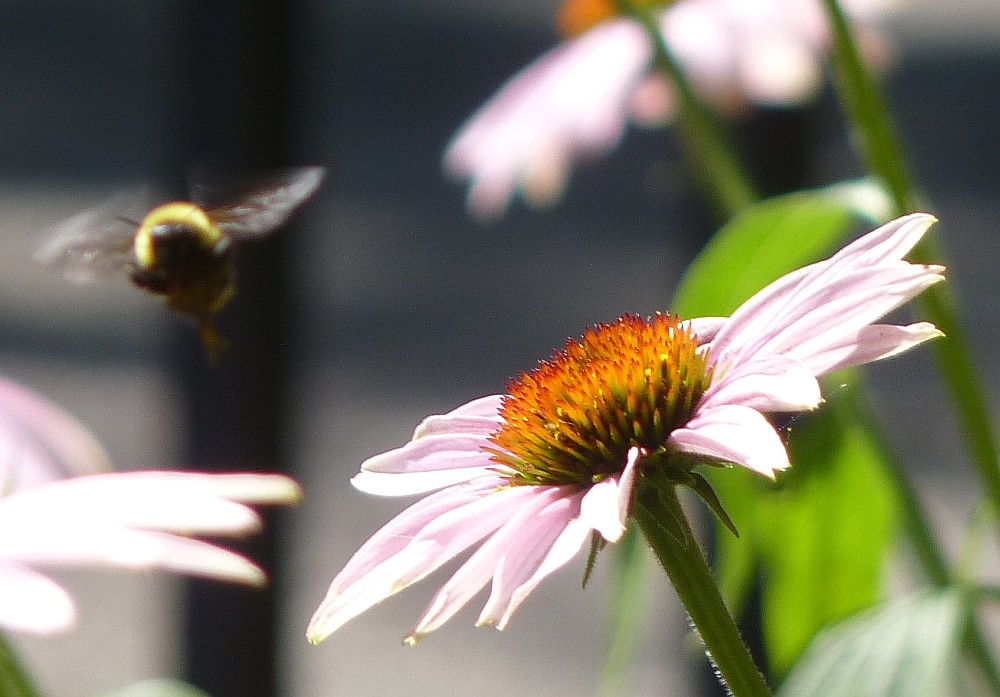 Bumblebee Among the Echinacea. 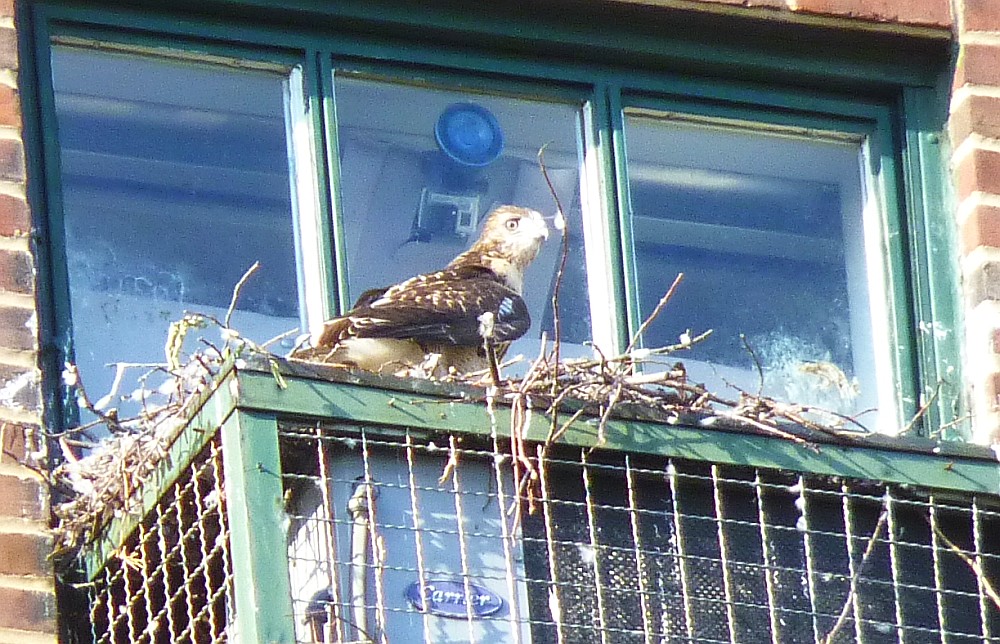 This is the youngest hawk chick. It hatched two days later than the chicks who left the nest about a week ago. To me it looks uncertain about this whole flying thing. It mostly slept through the three hours of this hot sunny Summer afternoon on Avenue B, while I stood at attention videoing. I have video but it is really not worth the effort to edit and post. As this all-encompassing hawk nest drama reaches some conclusion I’ll be switching to covering as much of the park’s different ecology as I can. All the creatures deserve some attention. Don’t you think? 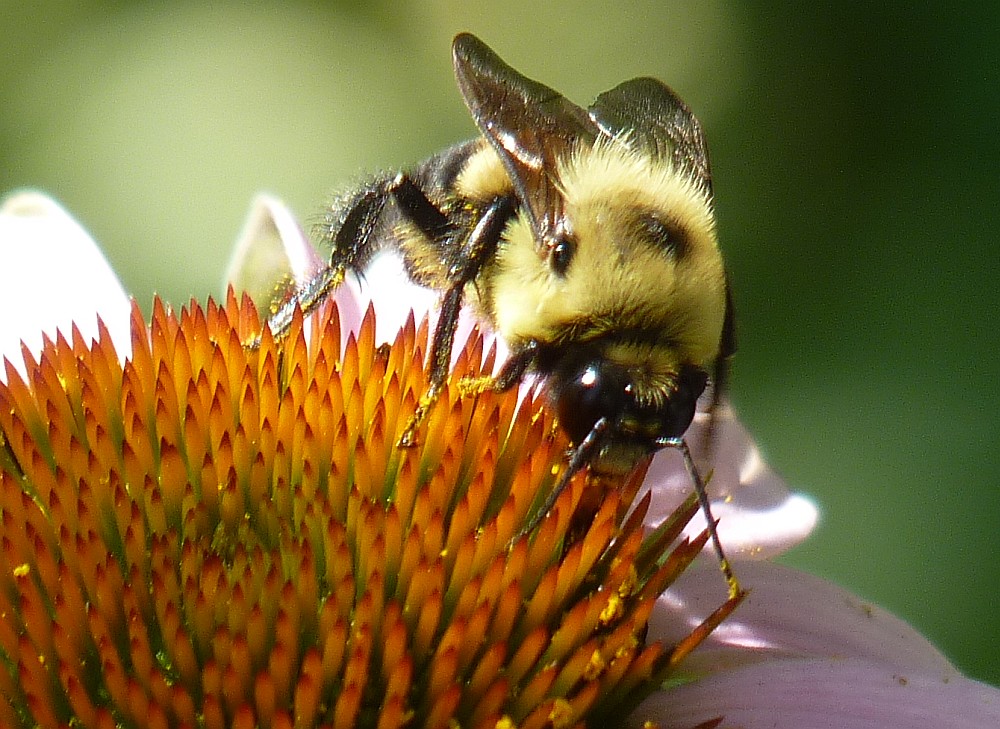 My extensive tree photography and video and mapping continues, but it is too time consuming to post frequent updates and still be able to record as much of the seasonal changes as I can. Immediately in the works is a video about the park’s giant Elm Trees. 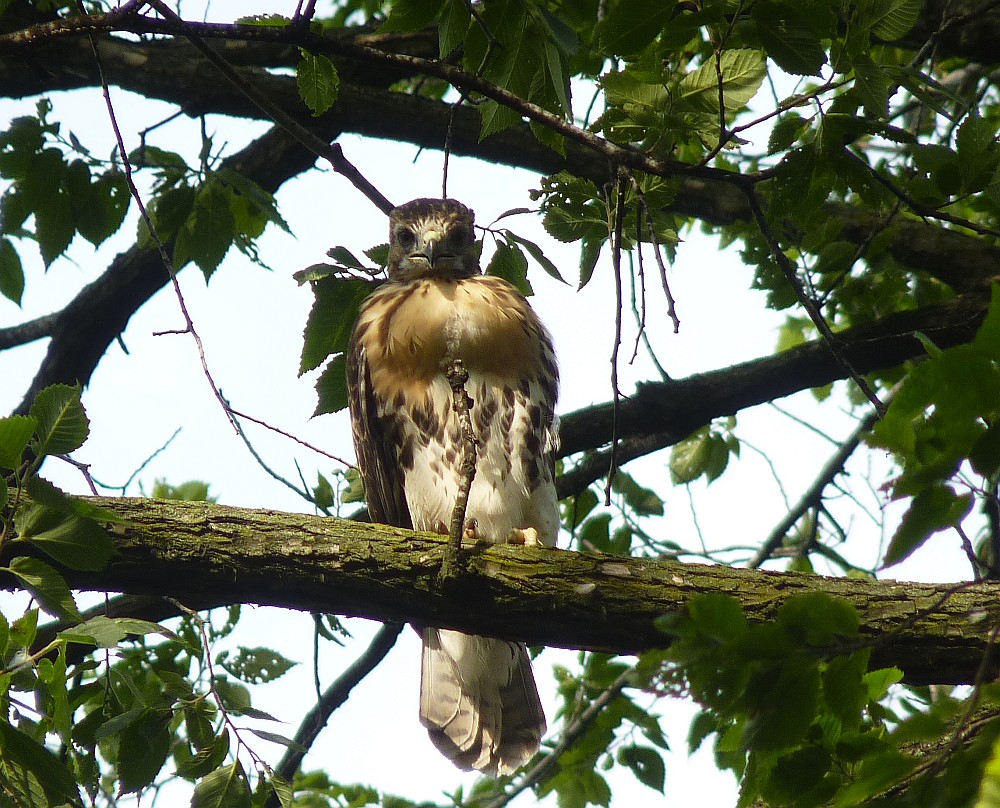 The first young hawk to leave Christo and Dora’s nest was rescued from an air shaft and brought into the park. Here it is in Tompkins Square Park hoping that dad brings back something to eat. The birders have given it the nickname Shaft. Young hawks are just about impossible to sex without a DNA test, but I can’t help but think of it as male. 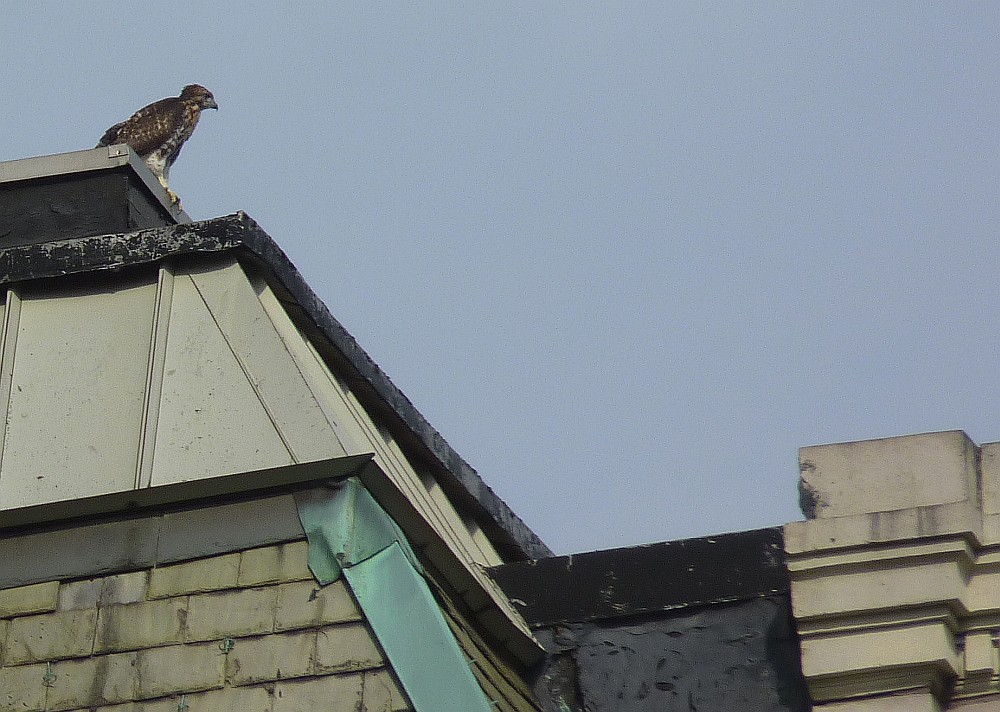 The second young hawk to leave the Christo and Dora’s nest perches on the roof of the former Public School 64 on East 9th street. I saw it fly and it seems strong. I’ll try to get better photos soon. As of late this afternoon the third and youngest chick was still in the nest.