A walk in Tompkins Square Park as the first snow of 2015 starts to fall. 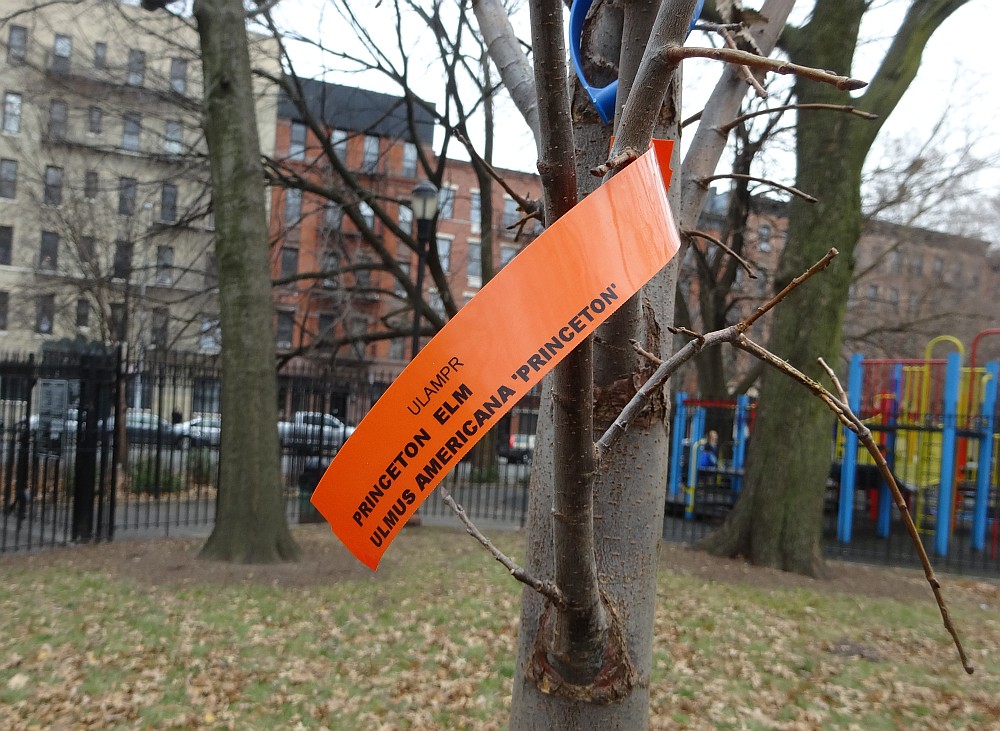 Happy Elm news in Tompkins Square Park. Two blight resistant American Elms were planted in the park this morning. Debby the Parks gardener called me this morning to tell me the news and I rushed out to capture the event. According to Wikipedia: The American Elm Ulmus americana cultivar ‘Princeton’ was originally selected in 1922 by New Jersey nurseryman William Flemer for its aesthetic merit. By coincidence, ‘Princeton’ was later found to have a moderate resistance to Dutch elm disease. 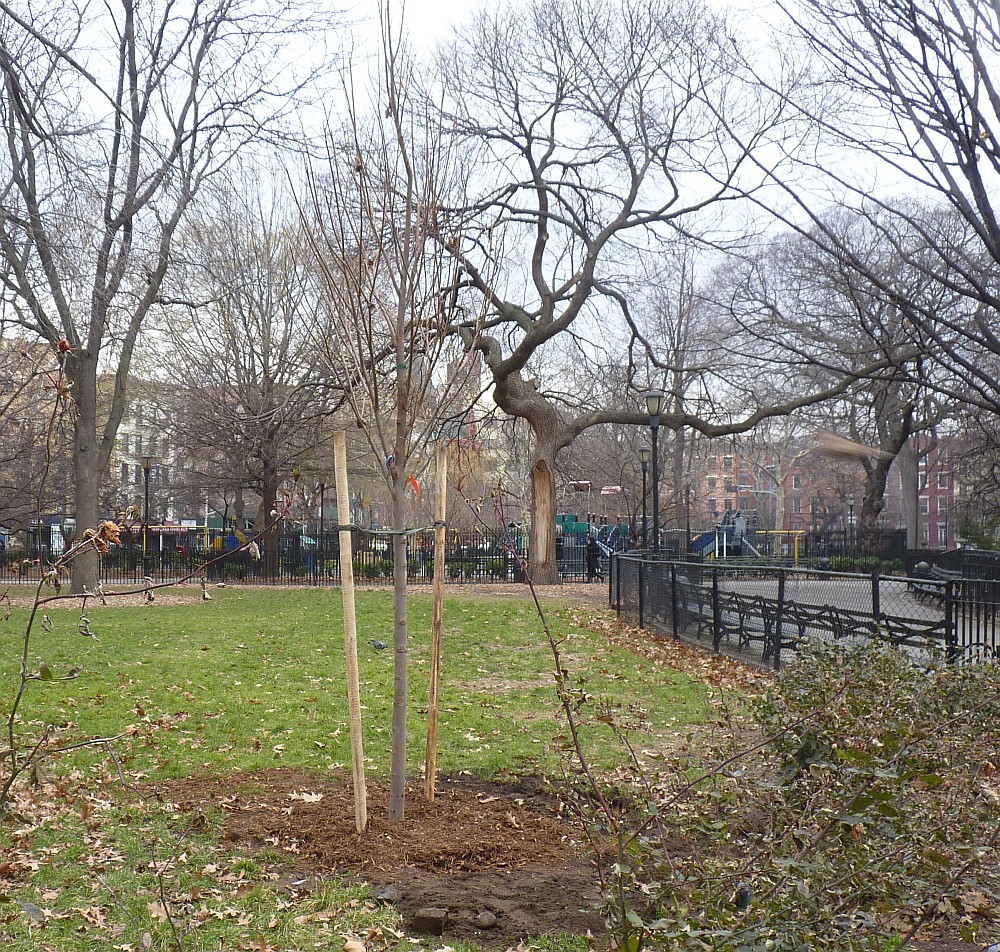 Two trees were planted, this one is in the West Lawn. In the background you can see the American Elm whose branch split off last year and crashed down on the benches there, narrowly avoiding killing a bench sitter.

I was talking to the arborist there who did the sonic tomography on the Bendy Tree and he finally convinced me that Bendy had to come down. He promises to share the tomography photos. (James please use the contact form above to reach me.) 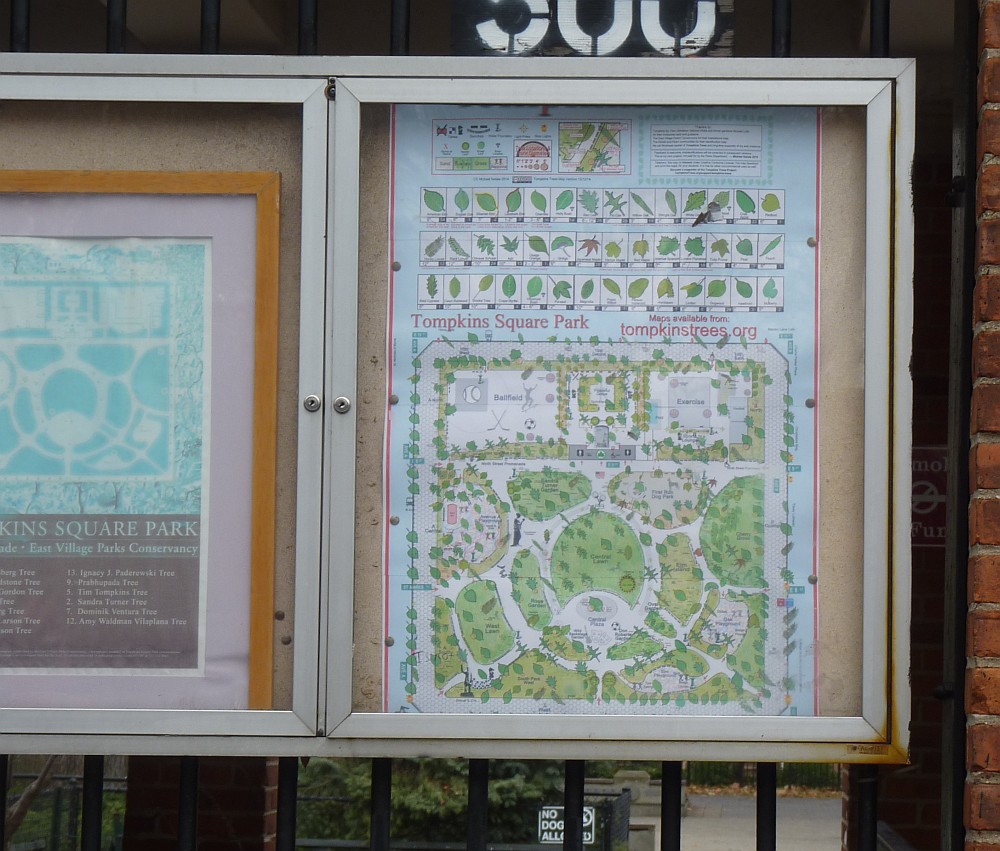 I made a new larger and improved map for the bulletin board in Tompkins Square Park.